An Introduction to Yin Yoga

What it is, and Who it is for

Amit Rehela
10 years of being a devoted yoga exponent, yoga teacher and guru Amit Rehela's teachings are acknowledged across the globe. Over time interactions with the many yogis, inspired Amit and led him to explore yoga sadhana. In 2017 Amit became the lead trainer at Chinmay Yoga, which reached new heights in global success under his leadership.

Learn more about what is Yin Yoga is, who it is for, the principles of Yin Yoga, how it is different from Yin Yang yoga, and if Yin Yoga is Chinese

Yin Yoga is a comparatively recent entrant into the yoga universe with exciting health benefits to offer. Although a modern form of yoga, it is nevertheless one of the many roots that strengthen and enrich the main trunk of the tree that is yogic science. It is a path to getting to know your body and the inner workings of your mind more intimately.

With an approach that is more meditative than typical Hatha Yoga practices, Yin yoga encourages us to observe and let go of emotions and trauma that we have accumulated — through releasing feelings and sensations that arise while ‘sitting still’ in a pose for an extended period.

Yin yoga has its origins in Chinese Taoist practices and Hatha Yoga and was developed in the late 1970s by Paulie Zink, a Taoist yogi, and martial arts expert. Followers of esoteric sciences would be familiar with the terms yin and yang. A fundamental principle of ancient Chinese philosophy, yin, and yang represent the co-dependent and complementary, yet contradictory, forces that combine to create harmony in the universe. They are responsible for all phenomena in the universe.

A Yin yoga description would be incomplete without mentioning Paul Grilley and Sarah Powers, two well-known teachers of Yin yoga, who did much to popularise the form across Europe and North America, and in yoga studios around the world.

Paul Grilley attended Paulie Zink’s classes where he was exposed to Taoist yin and yang postures. The yin postures, which were held for extended periods, resonated with Paul, who devised entire classes around them. These were enthusiastically adopted by his students.

Sarah Powers coined the term Yin yoga to set it apart from Taoist yoga, which included both yin and yang yoga poses. Yin yoga has an open-source lineage, which is creative, non-rigid, and changeable.

What is Yin yoga? Yin yoga is a comparatively modern form of yoga developed from Hatha Yoga and Chinese Taoist practices in the 1970s. It is a passive, mellow and meditative style of yoga.

Yin yoga is a static style of yoga practiced in a relaxed manner. Most forms of yoga such as Vinyasa Yoga, Ashtanga Yoga, and Power Yoga can be called Yin Yang yoga, but the focus is more on the ‘yang’ aspect of yoga, with quick and vigorous transitions into asanas or poses.

Yin yoga requires students to go deep into themselves and become intimate with their bodies, emotions, and sensations. Fast-paced yoga practice does not allow this process of delving into oneself.

Yin yoga postures have always been around. However, Yang postures gradually gained prominence and overshadowed the Yin ones. Yin yoga has recalibrated the difference and restored the balance.

Yin yoga, although considered a relaxed form of yoga, is not as easy as it seems. So, what is unique about Yin yoga? It challenges practitioners to step outside their comfort zone. Often used in programmes to treat trauma, anxiety, eating disorders, and addictions, Yin yoga forces people to face and acknowledge their innermost feelings and emotions, and heal.

While practicing Yin yoga, the focus is on holding asanas for a longer duration, and at the same time increasing inner awareness. The poses are held for 3-5 minutes or longer. As you relax into the poses, you try to let go of deep-held stress embedded in tissues.

Breathing is an important aspect of both Yin and Yang yoga. Controlled and conscious breathing is core to most Yang practices of yoga. However, Yin yoga emphasises the importance of relaxed abdominal breathing.

Yin yoga takes you deep within to be in touch with your emotions and sensations, to acknowledge and let them go. The practice helps you gently release stress buried deep in your tissues.

Who is Yin Yoga for?

Yin yoga is a great starting point for someone who wants to gradually wade into the rich depths of yoga. Since it is done slowly and the asanas are held for a longer duration, it is easier for beginners to pick up sequences and follow them through than a rapid Vinyasa Yoga practice.

Given that the aim of Yin yoga is to improve mobility and flexibility, a newbie with stiff joints can quickly ease into the routine. Yin yoga is also good for people who are interested in meditation and want to explore and gradually stick to a practice.

Yin yoga is ideal for people who have injuries or health concerns. It gently enhances the range of motion in joints, softens muscles, and releases deep layers of connective tissue to ultimately augment your yoga practice and meditation.

Yin yoga also activates the major energy meridians in the body and removes blockages, leading to optimum physical health. It enhances the flow of life force, or prana, in our body, especially around the tissues and joints where it often stagnates. It strengthens the energy channels, which improves support to the immune system and organs.

Yin yoga is also for people who lose their mental equilibrium with the tiniest disruptions in their daily routine. The long duration of holding poses conditions you to become aware of intense sensations that crop up and trains you to accept discomfort. This can translate to the acceptance of minor irritations that can stress you out in daily life.

Yin yoga is good for people who are starting out with yoga and those who have injuries or cannot do vigorous asanas. An instructor-led programme is always the best to achieve the best results and avoid injury.

Whether you take up Yin yoga as a complete practice in itself or as a gentle interlude between other vigorous forms of Yin Yang yoga, the benefits that accrue are manifold and worth pursuing. The physical and mental benefits that this gentle and relaxed practice bestows is no less than any other form.

Enlist yourself with a trained instructor to explore Yin yoga, a practice that helps you relax, slow down and look within to develop mindfulness to thoughts, emotions, and sensations. 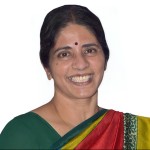