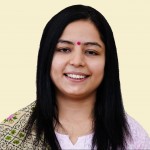 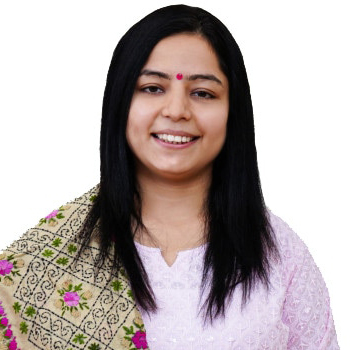 Ms. Sharma is a Consciouspreneur, Writer, Yoga, Mindfulness, and Quantum Meditation teacher. From an early age, she had a keen interest in spirituality, saint’s literature, and social development and was deeply influenced by masters like Paramhansa Yogananda, Ramana Maharishi, Sri Poonja Ji, and Yogi Bhajan. In 2011, she fell in love with Kundalini Yoga as taught by Yogi Bhajan which became her way on the spiritual path and lead her to complete her Kundalini Yoga Teacher’s Training in the year 2013. Thereafter, she did extensive transformative work on herself, participated in numerous personal transformational groups, events, organizations, and therapies, and assisted many yoga, meditation, and personal transformational teachers. In late 2014, she found a living Advaita master Sri Mooji, and soon afterward experienced her first awakening. Her search was over and she embraced Advaita (Non-Duality) as a way of life. In the year 2017, her studies and practices took her deeper into Quantum Physics and New Age Quantum Discoveries which helped her to demystify the teachings she had gained over the years and her own personal mystical experiences.

​She has extensively, experimented with different schools of mysticism and has lead workshops in fields varied as Kundalini Yoga, Access Consciousness, Neuro-Linguistic Programming, Mindfulness, and Meditation (in all its forms).  Elements from the wisdom traditions of Advaita, Zen, Sufism, Sikhism, Tibetan Buddhism, Taoism, and Quantum Physics are integrated into her workshops and training into a beautiful symphony. Recently she started working on a coaching program called The Quantum Creator that divides the journey of a spiritual seeker into 10 easy steps and decodes each of them through engaging and absorbing exercises. She is the co-founder of The Yogi – Center for Quantum Healing and The Yogi-The Conscious Co., which provides various Healing Training Programs and manufactures Natural & Organic Health and Beauty Products Respectively.