What’s included in the course? 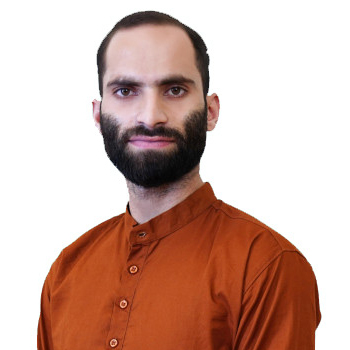 Amit Rehela is a devoted yoga teacher who teaches across the globe. He was born in Dharamshala, India the spiritual center of the Himalayas that the Dalai Lama calls home.

His interactions with the many yogis who travel to Dharamshala every year, inspired Amit and led him to explore yoga sadhana.

In 2014 Amit spent a year in an ashram where he immersed himself in meditation, pranayama, Hatha, bhakti, and karma yoga. During that time Yogi Shivam, his teacher taught Amit the essence of yoga and meditation.

There was an authenticity in Yogi Shivam’s teaching that motivated Amit to embed yogic practices in his everyday life. This period became the foundation of Amit’s spiritual journey.

In the years that followed, Amit did various yoga teacher trainings in India which provided 200-Hour and 300-Hour certifications and exposed him to various styles and therapeutic techniques.

His understanding of asana and anatomy, and how different people experience them grew continually over time.

Eventually Amit started assisting his teachers and leading his own classes in teacher trainings in Dharamshala.

His teaching expanded over time, and he began to offer classes, workshops, and retreats in Goa.

In 2017 Amit became the lead trainer at Chinmay Yoga, which reached new heights in global success under his leadership. 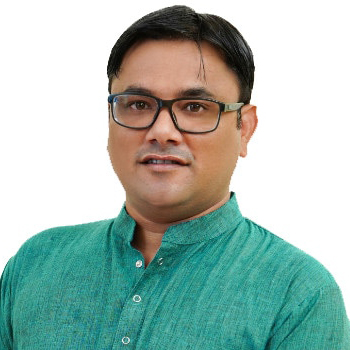 Dr. Sumit has taught thousands of students his dynamic approach to physiology. His holistic anatomy courses integrate the human body with asana to help future teachers understand why we move the way we do.

Based in Rishikesh, he holds a master’s degree in physical therapy and a diploma in sports medicine. He can be found teaching in a select number of Yoga Schools.

Dr. Sumit has taken his teachings across the globe including US, Canada, UK, Australia, Dubai, Bali, and South Africa. His goal is to lift anatomy training off the pages of textbooks and make it come alive in the classroom.

What’s Different About Our Course?

At Siddhi Yoga we combine quality with value to offer far more than physical exercise.

Yoga provides life-changing tools that go beyond asana, and we’re committed to sharing them with you.

We uphold yoga’s spiritual depth, which is non-denominational and non-religious.

Students who wish to deepen their physical & spiritual practice are welcome.

Anyone who wants to advance the perspective of Yoga and dive deep holistically, would benefit from this incredible course.

Even if teaching yoga is not the goal.

This online yin yoga training program is for yoga students looking to deepen their practice,
as well as those who are planning to teach or teaching yoga as a professional yoga instructor.

Why Learn with Siddhi Yoga?

In this age of commercialism, it’s almost impossible to find training courses that offer both depth and affordability.

Siddhi Yoga is one of the top schools providing globally recognized Yoga, Ayurveda and Meditation courses since 2013.
Our best-in-class online courses have touched and improved thousands of lives.
We have also trained 2000+ yoga teachers from 90+ countries in our on-site trainings.

We are the only school among 550+ Yoga Schools in India with over 200 5-Star Facebook reviews and over 500 Video Testimonials.

(All our Certifications are globally recognized and valid lifetime)

All courses created at Siddhi Yoga are structured by some of the leading Yoga masters and subject matter experts in the world.
Rest assured when you enroll in any of our courses, you are sure to get value beyond your expectations.
In future we plan to introduce more courses to focus on overall well-being.

This online yin yoga training program is for yoga students looking to deepen their practice, as well as those who are planning to teach or teaching yoga as a professional yoga instructor.

Q. How is Siddhi Yoga Teacher Training Program different than other programs?

Majority of online schools are running their programs online only and have limited experience running the one-to-one YTT. They have experience in running normal yoga classes.

However at Siddhi Yoga we are running our onsite YTTs in Asia since 2013 and have trained over 2000 yoga teachers from 90+ countries, who are now running their yoga studios or teaching yoga.

We have subject matter experts teaching the specific subjects instead of one person teaching everything.

With the kind of success we’ve had with our courses, we are now able to make this Online Course very affordable at $247.

Q. Is this course suitable for beginners and experienced?

Yes, it’s recommended for both.

Q. Should I take this course even if I don’t want to be a yoga teacher?

Please do! Yoga teacher training is a wonderful way to deepen and recommit to your practice.

Our Online portal only has Credit Card and PayPal. Please contact us if you wish to pay via. Wise, Bank Transfer, Western Union or any other.

Yes, you can and you will get 50 CE non-contact Hours.