Demystifying the Inner Dimensions of 7 Chakras

What’s Included In this Course? 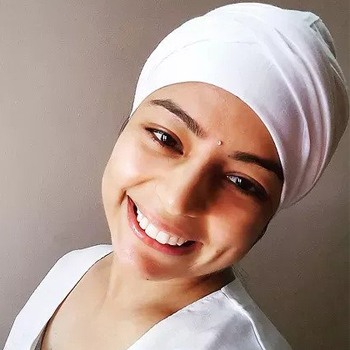 From an early age, she had a keen interest in spirituality, saint’s literature and social development and was deeply influenced by masters like Paramhansa Yogananda, Ramana Maharishi, Sri Poonja ji and Yogi Bhajan.

In 2011, she fell in love with Kundalini Yoga as taught by Yogi Bhajan which became her way on the spiritual path and lead her to complete her Kundalini Yoga Teacher’s Training in year 2013.

Her search was over and she embraced Advaita (Non-Duality) as a way of life.

In year 2017, her studies and practices took her deeper into Quantum Physics and New Age Quantum Discoveries which helped her to demystify the teachings she had gained over the years and her own personal mystical experiences.

She has extensively, experimented with different schools of mysticism and has lead workshops in fields varied as Kundalini Yoga, Access Consciousness, Neuro-Linguistic Programming, Mindfulness, and Meditation (in all its forms).

Elements from the wisdom traditions of Advaita, Zen, Sufism, Sikhism, Tibetan Buddhism, Taoism and Quantum Physics are integrated in her workshops and trainings into a beautiful symphony.

Recently she started working on coaching program called The Quantum Creator that divides the journey of a spiritual seeker into 10 easy steps and decodes each of them through engaging and absorbing exercises.

She is the co-founder of The Yogi – Center for Quantum Healing and The Yogi-The Conscious Co., which provides various Healing Training Programs and manufactures Natural & Organic Health and Beauty Products Respectively. 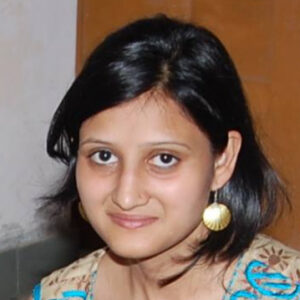 Shilpi Jain, India
“She is an amazing healer. You will be amazed to see how your stress and pain goes away and you start seeing your true self. I am grateful to have her as my Guru.”

What You’ll Learn From Our Training?

This course is extensively designed for you to learn the entire structure of
Chakra System.

Why Learn With Siddhi Yoga?

In this age of commercialism, it’s almost impossible to find yoga teacher training that offers both depth and affordability.

Siddhi Yoga is one of the top schools providing globally recognized Yoga, Ayurveda and Meditation courses since 2013. Our best-in-class online courses have touched and improved thousands of lives. We have also trained 2000+ yoga teachers from 90+ countries in our on-site trainings.

We are the only school among 550+ Yoga Schools in India with over 200 5-Star Facebook reviews and over 500 Video Testimonials. (All our Certifications are globally recognized and valid lifetime)

All courses created at Siddhi Yoga are structured by some of the leading yoga masters and subject matter experts in the world. Rest assured when you enroll in any of our courses, you are sure to get value beyond your expectations. In future we plan to introduce more courses to focus on overall well-being.

This online Understanding Chakras training program is for anyone who wish to know more about this mystical science.

Q. How long it takes the training to complete?

You can take as long as you wish. However you will have 12 months support from the teacher from the date of purchase. You have lifetime access for the course material.

Q. Is there any live classes with teacher?

Yes, you can interact with teacher directly via Zoom sessions. It’s available once a month at different timing.

Q. Is this course suitable for beginners?

Online portal only have Credit Card and PayPal. Please contact us if you wish to pay via. Wise, Bank Transfer or Western Union.

Yes, you can and you will get 30 CE non-contact Hours.