Dr. Vikas Kumar Sangotra
Dr.  Vikas Kumar Sangotra was born in a family where Ayurveda was practiced in day-to-day life. His real journey to the world of Ayurveda started in 2003 when he started his Graduation in Ayurveda Medicine and Surgery (B.A.M.S) from one of the oldest and eminent universities in North India.

In this blog, let us discover the ancient history of Ayurveda, a 5000-year-old heritage. It has been through many cycles of rising and decline through the ages. The history of Ayurveda starts with the age of Samhita. This period saw the creation of ancient Ayurvedic treatises like Brahma Samhita, Agnivesh Tantra, etc. In this period, Ayurveda grew and branched out into multiple divisions and subdivisions. It was the golden age of Ayurveda when it spread throughout the world!

In the previous blog “origin of Ayurveda”, we discovered that Brahma realized Ayurveda as an instruction manual of life for his near-perfect creation, the human beings. First, he taught it to the gods. From the divine beings, Ayurveda passed on to humanity through Sage Bhardwaj. In this blog, let us talk about the mortal tradition of Ayurveda.

Lord Brahma realized that the original Brahma Samhita is too complex for the human mind. Therefore, he subdivided the original Ayurveda into eight branches –

2. Kaumarbritya – A combination of Ayurvedic Paediatrics, Gynecology, and Obstetrics

As Ayurveda spread among humans, many groups with specializations in different branches of Ayurveda emerged. For example, some physician communities focused on Shalakya Tantra, while others developed expertise in toxicology. However, there emerged two major Ayurveda communities – The House of Atreya and the House of Dhanvantari.

Ayurveda is divided into eight branches. Among them, two stand out most – Kaya chikitsa (Ayurvedic general medicine) and Shalya (Ayurvedic surgery).

The House of Atreya

According to Kashyap Samhita (a Vedictreatise by Sage Kashyap), Brahma imparted the knowledge of Ayurveda to Sages Kashyap, Vashishta, Atri, and Bhrugu. This statement signifies that these sages meditated and realized the essence of Ayurveda directly from the source.

The word Atreya means – the son of Atri. Sage Atreya was the master of Ayurveda. Ancient texts pronounce him to be the highest authority in the discipline of kaya chikitsa (Ayurvedic general medicine). His word was final and unanimously accepted.

Master Atreya maintained that the cause of all disorders is a weakened agni that is(digestive fire). The diseases emerge only when the weak digestion is not able to burn out the disease-causing factors.

Such disorders have a generalized effect. Fuelled by a weak agni, the under-digested toxin gradually penetrates the deeper tissues and creates all kinds of diseases. Atreya argued that there can be no disorder if the digestion and dosha are in a balanced state.

Since kaya chikitsa is the best approach to treat digestive fire and general disorders, it is the dominant branch. Other branches play a supporting role when kaya chikitsa leads the line of treatment.

This is a formidable argument in favor of kaya chikitsa and the house of Master Atreya. Today, more than ninety percent of qualified Vaidya (Ayurveda physicians) belong to the house of Atreya.

House of Atreya believes that kaya chikitsa or general medicine is the most important branch of Ayurveda. General medicine can cure more than ninety percent of disorders, without dependence on other specializations.

The House of Dhanvantari

Dhanvantari is a name used for many prominent figures in Ayurveda. In the Vedic times, Dhanvantari was the god that emerged from the milk ocean, with the pot of amrit (the elixir of immortality). This elixir made the gods immortal and they could win the war over asura or the demons.

Master Divodasa argued that if a person eats wisely and maintains a healthy lifestyle, he will never fall sick. If he does not follow the above health practices, no medicine can cure him. Sushrut Samhita also maintains that nidan parivarjanam (elimination of the causal factors) is indispensable for any permanent relief from diseases. Master Sushrut even declares that there is no need for any medicine

However, there is no option for surgical intervention in case of an accident or war. No other branch of medicine can replace the immediate surgical aid required for a broken bone or a severe bruise. Therefore, ShalyaTantrais irreplaceable, whereas all other branches, including kaya chikitsa, are replaceable with wise lifestyle habits.

The house of Dhanvantari believed that Shalya or Ayurvedic surgery was the irreplaceable specialization of Ayurveda. A healthy lifestyle can replace the need for kaya chikitsaor general medicine. But surgical intervention is indispensable for the treatment of severe physical trauma/emergency conditions in case of accidents, or wars.

Both the Ayurveda houses have impressive arguments in their favor. The house of Atreya maintains that kaya chikitsa is the solution to the majority of health problems. The house of Dhanvantari maintains that Shalya is matchless in case of emergencies like accidents and wars. Otherwise, a person can treat his disorders by healthy lifestyle habits.

I hope that this information helped you to gain an insight into the deep-rooted tradition of Ayurveda. The next blog in this series discusses the age of Samhita and an immense body of text produced by both houses over thousands of years. 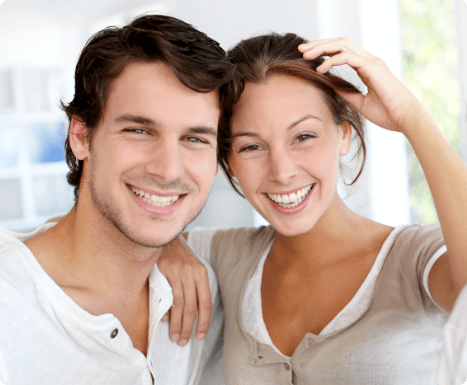